There is always a mass of hyperbole surrounding social media and branding.  This can be due to lack of understanding, the fact that few hard measures are put in place or just the fact it is in the interests of some marketeers to keep the mystique around these subjects.  Whilst both areas may not be as simple to analyse as an immediate ROI from a PPC campaign, or coupon redemption through DM, there are ways to measure their impact and effectiveness.

This post looks very simply at some of the methods of measuring social media campaigns and in a way, branding campaigns online in general.

This is the section that traditional ATL or brand advertisers would call consideration.  Essentially it is the measure to ascertain if people actually like your brand or not.  Traditional advertisers will run surveys, perform focus groups or take a spurious number from a third party research house.  However, these are sometimes the route of the reason why we never truly know the impact of our activity.  How many times have you been asked to take part in ‘research’ and declined the opportunity.

There is a (relatively) quantifiable way of doing this online.  Tapping into the social media cloud around your brand, you can see how people view your brand, both positively and negatively.  This can be done through buzz metrics (reputation management) which effectively analyses all the commentary your brand receives through social media channels.

The central point for any brand has to be has your target audience seen the brand and are they aware of it?  These are important (although not necessarily critical) questions to answer prior to your campaign, as it is easier to raise awareness if there is existing rapport.  As users become increasingly sophisticated and engaged with your brand, campaign materials will be spoken about, distributed by users and eventually searched on.  Again as a brand you need to extract these conversations, it not only allows you to evaluate awareness, it also allows you to understand impact and perception.

A great example of a campaign that has generated large levels of awareness is ComparetheMeerkat.  The TV ad aired and created a stir.  A microsite was available that was then promoted via the majority of online channels, social and other. 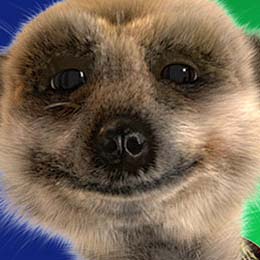 The old rule of traditional advertising was developed in the 1970s by Krugman.  He stated that you need to expose your target to your message three times. What? Why? and the payoff.  Essentially this still rings true.  Potentially even more relevant in social media.

Be aware when developing campaigns or activity for your brand you need to have a sufficient campaign base and content to maintain users engagement and buy-in.  Users aren’t willing to see and review the same content on a regular basis, they are even less likely to be interested in distributing this to their friends.

This is quite simply how deeply entrenched your brand is within the consumers’ minds.  How often are you referenced in blogs, on forums or other social media platforms.  This is how many times are you commented on, how long were the conversation strings and were the messages postive or negative.  The ultimate and potentially more difficult to measure is did the activity spark other activities.  A great example of this in action can be found on YouTube, where users in the YouTube community post video responses.

With more media becoming available at an accelerated pace both online, in print and on broadcast media with the advent of digital TV and Radio, users attention is becoming more and more difficult to obtain.  Key measures to see if you have grabbed the attention are simple methods such as click-throughs, UVs and repeat visits.  This indicates your content is engaging enough to offer users some form of pay-off.

Another measure (depending on your content) is time spent interacting.  Generally in brand building (social) campaigns the longer users spend on site, the better.

Traction is key here.  As an advertiser you can only target certain media channels, it would be impossible to target all possible channels.  Therefore organic spread is a great measure of success.  Your campaign needs to spread from mailbox to mailbox if it is to progress.  Perhaps more importantly does the campaign spread from social network to social network?  Another great track is to see if your campaign gets bookmarked on social bookmarking sites such as Digg or Stumble.

Whilst none of the points raised in this post are as complex as rocket science, they may seem obvious, many organisations forget these principals when placing their brands in social media.

They often believe just because they are established brands or are well known, they deserve their place in people’s everyday social networks.  If that was the case the job of the Internet Marketeer would be a very simple one.  However, social media has made the landscape more complex.  You must have a reason for being in social media and above all track what you are doing.

To enable this, you need to set out some clear objectives that can be measured.  In my opinion I would also suggest employing a reputation management specialise.  Somebody along the lines of Market Sentinel that could also analyse the benefits of all your activity on SEO and overall marketing efforts.