Whilst considering approaches for our clients Social Media strategies, I was doing the usual thing of wondering what platforms would suit their customer base and of course the objectives of their activity.  At one point last year people were heralding the dawn on a new era.  Social Media was finally finding its feet and earning its commercial water wings. Not in a traditional digital marketing sense, but in a multi-channel sense.  What was driving this, the advent of Foursquare.

Foursquare was the new thing we all needed to get excited about.  Taking people’s passions and love for social media and melding itwith their new found love with smartphones and a pinch of real-world and the ingredients were there for a winning combo.  Or so we thought.  This view was backed up by the decision in August 2010, at Facebook to launch their Foursquare killer, Facebook Places.

Easy to say it now, but I remember sitting in the offices at Best Buy and being quite cynical about the whole thing, while others were raving.  Whilst I didn’t doubt the concept of blurring social with real world, my belief was that this would have to be simplified to the extent the user wouldn’t have to do a thing and there was a sufficent reward for them doing so.

For a while I did doubt my own wisdom.  I signed up to Foursquare, after all, if you’re in the industry thats whay you do.  I had Google Wave, Google Buzz, Bebo, MySpace etc etc log-ins but no idea what they are now.  More and more contacts started popping up.  Note I used the word contacts.  It seemed to get quite noisy and then ther integration with Twitter came about and my timeline got loaded with people checking in to shops, sports grounds and fast food outlets.  Frankly it got a little annoying.  The point of the word contact was, most of the interactions were by people I knew in digital or technology, with a few friends who were early adopters.  None of my proper friends could be bothered.

The rewards on offer at the likes of Foursquare just aren’t interesting. Pretty juvenile really becoming the mayor of HMV in Oxford Street.  Apologies to all the various Foursquare mayors I have just offended.  I read with interest the fact that Facebook was closing its Places service, whilst it isn’t completely backing out of geo services it does show that its not the Xanadu some thought it would be.

Maybe Facebook just got it wrong and Foursquare demolished Facebook places.  Ironically the biggest boost Foursquare got to its numbers was when Facebook announced its Places service.  In terms of people looking for Foursquare on Google it would appear that the search volume has already peaked.  The August 2010 Facebook announcement got it mainstream and created the big boost, the numbers levelled but still at a higher than pre-announcement.  Foursquare also had a second boost around April this year when Amazon announced its servers had taken out both Foursquare and Reddit.

The light for Foursquare is that although things haven’t really sparked for them in the UK or Europe in general, they are big on technology advanced Asia and the population of Indonesia seem to be searching in their droves.  Some would say we need to treat Google data such as this with some scepticism.  Whilst I wouldn’t pass comment on that, even if you don’t believe the core numbers, the trend is still there.  Backed further by a quick search on Alexa.com where a similar story can be found.

The same pattern is true in terms of reach according to Alexa.  The April spike exists in April, but after that, the traffic drops back.  For me this demonstrates a lack of engagement with Foursquare.  Not complete lack of engagement, but low engagement on a relative base to the likes of Twitter and Facebook, its not to say it can’t happen.

My view is that there could still be a place for Foursquare or an equivalent service.  However they need to offer real value to users, something that makes users want to engage or embrace mobile technology to its fullest and minimise the engagement and actions needed in the physical world.  Foursquare and other services such as Gowalla still have a long way to go.  Once somebody has cracked it, the sector could ignite and present great currency for users and no-brainer commercial options for multichannel brands.

Remember the key to all of these platforms is mobile.  With this in mind we need to keep a watching eye on Google, with the rise of G+ and obviously the Android operating system gaining momentum, they could be in a good place to crack it.  If the minds at Google can work out what “it” is.

NetImperative.com published a number of latest stats on internet usage this week.  But what does it all mean?

Rise and Fall of the Internet

So you probably thought that everybody that wanted to use the internet at home probably already has access.  Well according to the latest numbers from Nielsen (featured on NetImperative) there is still room for growth in major markets.  The US and UK saw significant growth, 10.4% and 3.1% respectively.    There was also growth of over 1% in Australia, Italy and Germany with more modest growths in Japan and Brazil.  Most startling isn’t the fact that some markets have continued to grow, more that some major markets have declined, including France, Spain 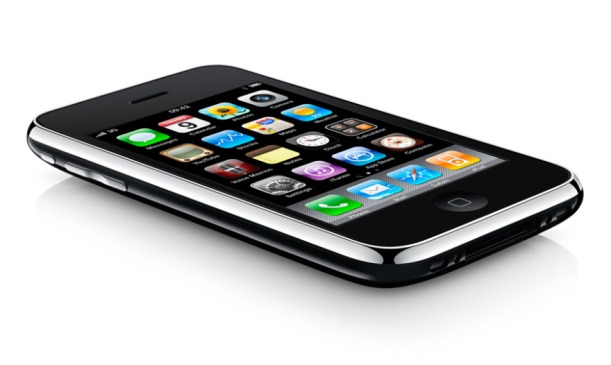 Whilst I don’t think the numbers should be read in pure black and white terms, it does demonstrate the issues of using data on such a small time frame and not looking at longer term trends.  The data was based only on May 09 Vs June 09.  If you were to read this on face value, it would seem USA is leading the way on the internet whilst some mainland European counties are turning their backs on the Internet, which obviously isn’t true.  I am not 100% certain but I can’t imagine the numbers Nielsen uses takes into account convergance and the growing move towards accessing the internet on mobile devices such as the Apple iPhone or the HTC Google phone.  This is also set to continue with newer style netbooks with mobile broadband capability built-in.

So Facebook are the kings of social networking.  That is the widely held view and judging from the Hitwise numbers featured in NetImperative show that it represents 47% of all UK visits to social networking sites.  Interestingly Bebo has twice the traffic of Twitter and MySpace.  Another dark horse 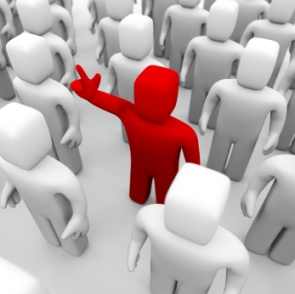 that many people completely ignore is Yahoo!Answers with 1.19% of all traffic.

Whilst these numbers prove that Facebook cannot be ignored by marketeers, it does demonstrate the next tier isn’t as obvious and clear cut as many think.  All Marketeers should look at their target segments and choose which channel best suits their needs.  They should also consider what they have to offer each network and create firm reasons for being involved.  Despite Bebo‘s claims within their advertising sales packages, I doubt they are as big in the 25+ market as they would lead you to believe.  You must therefore determine if you have anything to offer a younger audience and if you brand belongs.

Once again on NetImperative they list the Top 50 Online Retailers within the UK (listed at the foot of this post).  The list published in conjunction with IMRG and using Hitwise data is based purely on visits.   The list is fine as a benchmark but to label its output Top 50 Online retailers is somewhat over the top.  The numbers fail to recognise usability, conversion, online SoV or the obvious benchmark of turnover and profit.  If all these factors were incorporated, I am sure there would be some differing positions and maybe even some change of faces in the Top 50.

Withstanding the rationale of creating the list, the top 10 is made up predominantly of names you would consider when talking about Top 10.  Amazon (1st and 5th), Argos, Play.com, Next, Marks & Spencer, Tesco, Thomson, Expedia and EasyJet.  OK so the final few wouldn’t be in my list of Top 10 online retailers.  Despite this list IMRG claim a massive rise in spend online, largely driven by the fashion sector (none of whom really appear at the top of the list, with the exception of Next and M&S)

The most interesting element of the top 10 is that all are recognised brands.   This shows that Internet Marketeers also need to recognise the importance of brand and cannot base every business decision purely on immediate ROI or DM metrics.